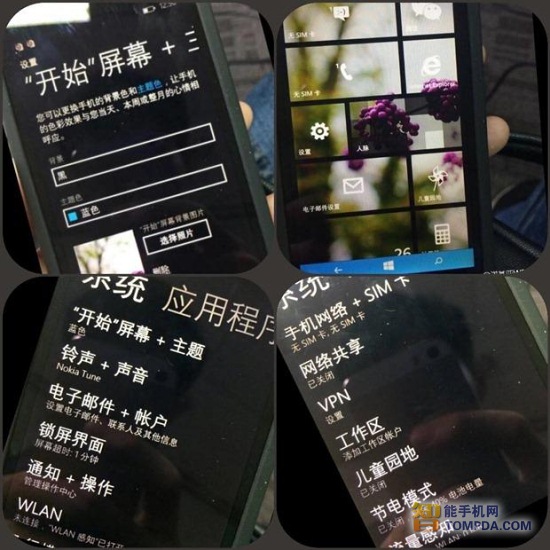 New bunch of Lumia 630 images have been leaked in China and these hands-on images show the device running Windows Phone 8.1, the upcoming huge OS overhaul from Microsoft. You can easily notice VPN, Image set as home-screen background, Dual-Sim support etc in above images, all coming with Windows Phone 8.1. You will also be able to see virtual on-screen touch buttons and seems these buttons can change colors too (something new).

According to the source, action center and Cortana settings are also seen in above images. It is also claimed that device will run on Snapdragon 400 and will have a 4.5 inch 850×480 display, which we can also confirm from our previous coverage. But they mention Quad-core processor which looks slightly debatable as we heard dual-core.

The source article also claims mid-April listing and Yuan 1000 ( USD 161) pricing for the device. The device has yet to pass certification in China but has already passed certifications in US, Thailand and Indonesia. Have a look at probable spec of the device, in light of all the info we have.