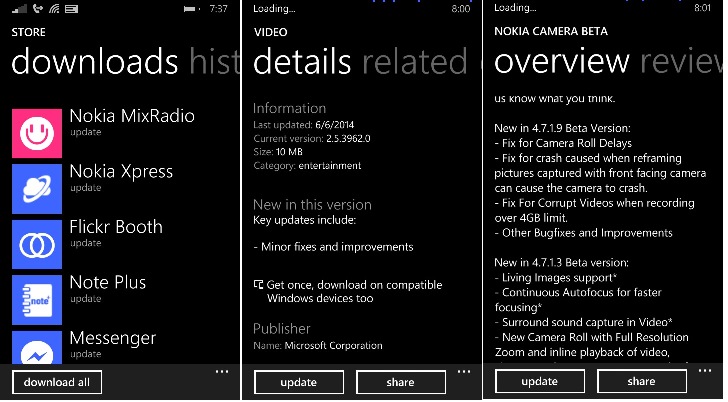 My Lumia 525 has received no. of important apps updates. Time to check what these updates bring.

– Fix for Camera Roll Delays
– Fix for crash caused when reframing pictures captured with front facing camera can cause the camera to crash.
– Fix For Corrupt Videos when recording over 4GB limit.
– Other Bugfixes and Improvements

– Add a on-screen button to screenshot (for Lumia 630/635), you can also use the physical camera button
– Improve polish translation
– Bug fixes

– “You May Also Like”: See similar topics you may also like based on your browsing history
– Bug fixes

Groups: Now you can create groups for the people you message most. Name them, set group photos and keep them all in one place.

Instant photo sharing: Take a photo and send it in just one tap. Plus, it’s easier to send photos from your gallery.